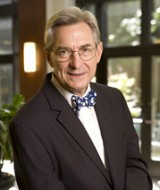 Professor Haley is a leading comparative law scholar, best known for his research on Japanese law. Professor Haley served as the Garvey, Schubert and Barer Professor of Law and International Studies at the University of Washington in Seattle, where he taught from 1974 to 2000.  In 2000 he joined the Washington University in St. Louis law faculty, where he held two chairs, first as the Wiley B. Rutledge Professor of Law and subsequently the William R. Orthwein Distinguished Professor of Law (now emeritus). From 2002 to 2007, he served as the director of the Whitney R. Harris Institute for Global Legal Studies from 2002-07. From 2010 to 2015 he was Professor of Law at Vanderbilt University. He recently returned to the University of Washington as a visiting professor of law. He also has taught and lectured internationally in Australia, China, Colombia, Japan, Germany, Korea, Singapore, and Thailand. In November 2011 he was honored by the National Taiwan University College of Law as the Fourth Herbert Han-Pao Ma Distinguished Lecturer. In 2012 he was awarded the Japanese imperial honor of the Order of the Rising Sun, Gold Bars with Neck Ribbon for his contributions to Japanese legal studies.